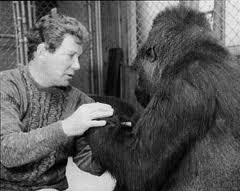 It’s been a few days since I let the kitten out of the Gorilla Foundation bag and so far not a peep from the Patterson camp. Perhaps they’re incredibly busy researching things or meeting with their lawyer ‘advisor’. Or they may be just too darn busy with that move to Maui.

Click here for “The Straight Dope” on the Koko and Penny Show!

Since posting the “Gorilla Mountain” blog there’s been a significant jump in visitors and I want to thank you for the your interest and encouraging comments. The decision to out Koko.org was not easy and I’ve been up to my nipples with worry.

I’ve worried that going public could effect the bottom line, the private donations needed to cover Koko and Ndume’s day to day living expenses. The gorillas shouldn’t suffer, they’re victims in the madness. Ideally only Patterson and Cohn should receive pay cuts when the gorilla shit hits the fan, but unfortunately Penny and Ron control the purse strings. The thought of going public has been nagging at me since I said my final goodbyes to Koko and Ndume. I think about them every day, and truly only want what’s best for them.

I will say that immediately after posting the blog I breathed a sigh relief, feeling as if a huge gorilla size turd was lifted from my shoulders. I’ve always felt guilty for abandoning the gorillas and am discovering that sharing a few nuggets of my experiences on Gorilla Mountain has been therapeutic.

I believe shining a spotlight on the Foundation is the right thing to do for Koko and Ndume. Penny and Ron are accountable. Koko fans should open their eyes and close their wallets, or at the very least question the Board of Directors who are also accountable and responsible to donors.

The Gorilla Foundation has been asking for donations and creaking along for decades but they literally have nothing to show for their conservation claims and research’efforts’. For the rest of their time with Penny and Ron the gorillas will continue to be dependent on public donations to provide them with the basics. They deserve more, a future with proper gorilla diet and nutrition, real gorilla enrichment, trained primate veterinary medical care, and improved living quarters. For this to take place there should be a required third party involved overseeing the operation requiring the Gorilla Foundation to be accountable, compliant, and 100% transparent in everything they do, as is the case for all non-profit agencies.

Koko is Koko, and will always be Koko. She’s had a life with Penny and Ron which is all she knows. Ndume deserves better, he never asked to play a part in this pretend ‘lets make a family and move to Hawaii’ scheme. Ndume never had a choice or a voice.

8 thoughts on “Koko and Ndume, Gorillas That I Miss” 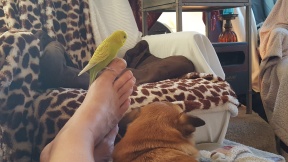 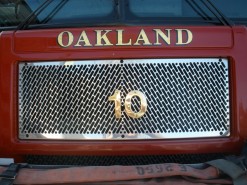 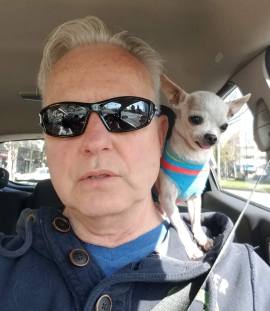 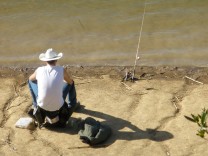 Mental illness stigma and connecting with those struggling with chronic pain